While driving through Iowa at night noticed what appeared to be road construction ahead. When I got up to that location, the appropriate cones were placed, but there were no workers, only UV lights shining onto cattle in the field. On the back of some of the cattle were clearly identifiable marks. Naturally only visible if they were close enough to the lights and likely easily visible from the air. Perhaps there is cooperation between certain human organizations and ET's to provide some kind of sustenance for them. Just food for thought. Keep on digging.

The cows I mentioned earlier were very much alive. The mark was on their back, easy to see from the air. The time frame I believe was 1996, as I was engaged in promoting my magazine and the services of a publisher at the time.

On March 5, 2014 a Lakeland, Florida man found his black and white cat mutilated. The cat's body was cut in half behind its front legs and the lower half of the body was missing. The man retrieved the other half of the body the next day after walking the neighborhood. Two other cats owned by the same man are missing and unaccounted for. The incident was reported to Lakeland Police, east of Tampa.

There have been a number of cat mutilations in the cities of Jacksonville, Pensacola, Fort Walton Beach, Tampa, Miami and others over the years and no explanation has yet been found. In all cases, the front half of the animal was found severed from the back with a clean surgical cut.

In April a cat was found mutilated in Lakeland, Florida by another resident not long after it had been let outside. A neighbor found the cat lying in a yard. A local veterinarian stated that the fatal injuries were not inflicted by another animal, but that the cuts were clean and surgical.

The big question is why would anyone want to mutilate a cat?  Who or what is doing this and what could they possibly want?  It seems strange that so many can mutilations are found in Florida, yet rarely in other states. Is there some kind of strange cult in Florida who gets their kicks by surgically cutting the animals in half and leaving one half to be found by the owner?  However, when cats are let out in the morning and found minutes later, it is unlikely, in my opinion, to have been the work of a cult. Someone would have to drive around a neighborhood, wait until they saw a cat, then jump out and mutilate it with surgical precision, and leave half to be found. All this without being seen by anyone?  That doesn't seem plausible.

Are cat mutilations part of the bigger cow mutilation phenomena?  Are the same people or entities responsible for all animal mutilations?  As yet these questions remain unanswered.

5/12/2014: A rancher found a bull and a bull calf mutilated on the Crow Indian Reservation near Pryor, MT on 5-12-2014. The bull was killed but the bull calf survived minus its genitals.  More info to come as this story develops.
Posted by Margie Kay at 3:07:00 PM No comments:

The following is an excerpt from the Blue Planet Project, which is a journal that was allegedly kept by someone involved at a high level of government for 33 years. The book was released to the public in the 1990's but just recently came to my attention. This person published the book so the public would know what is really going on, then he left the country under threat of termination. If true, the following information may explain a lot about the strange animal mutilation phenomenon. The entire book, which covers everything the author knows about extraterrestrial visitation to the Earth can be downloaded at www.unxnews.com. 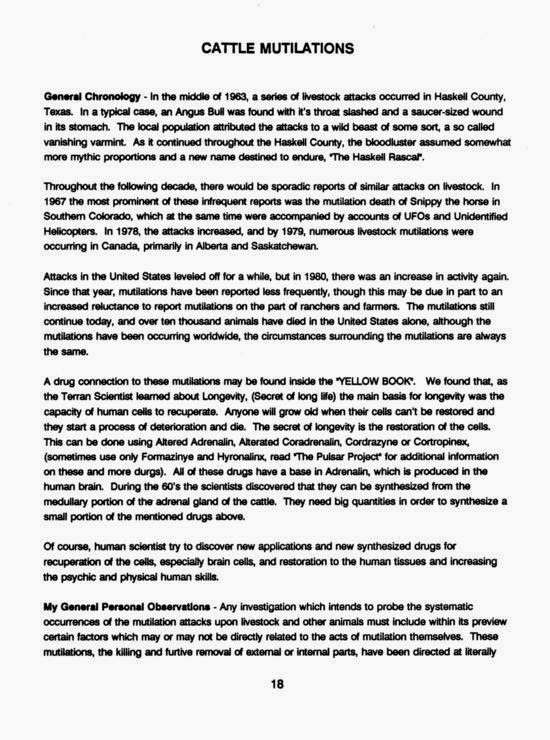 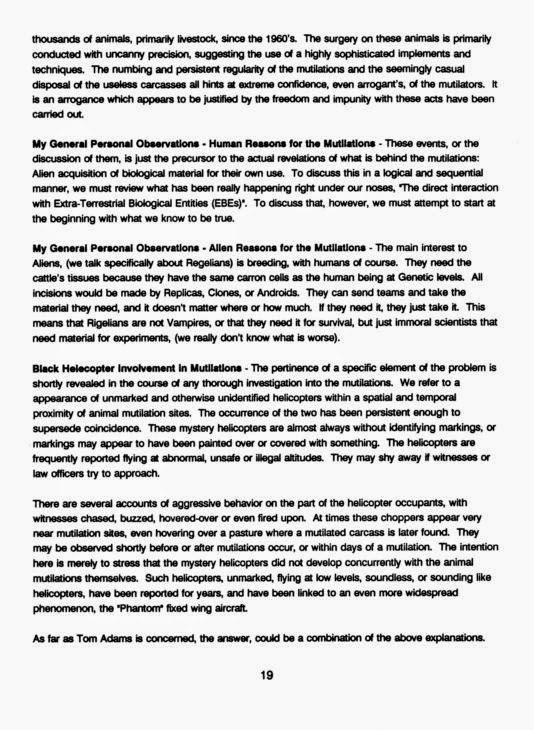 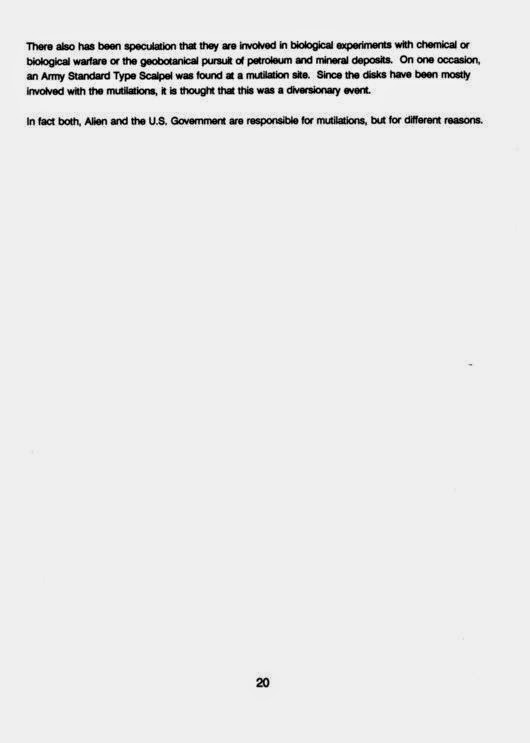 A new article has been posted here:

http://inexplicata.blogspot.com/2014/05/cattle-mutilations-strange-find-in.html
Posted by Margie Kay at 12:31:00 PM No comments: