Cow Abducted by UFO in Argentina

Cow Abducted by UFO in Argentina

William C. Leavengood, a biophysicist who recently passed at age 88 (see my other article recently posted), did research on a number of cow mutilation site grasses, and concluded that similar changes had been made to crops at crop formation and UFO landing sites, indicating a similar energy pattern at these locations.

In June of 1994 a heifer was found mutilated in Garnett, Kansas.  A flattened pasture grass section surrounded the dead cow, as we are finding in the Missouri mutilation sites.  Other sites in Colorado and Michigan have had the same notable depressed areas.  A section taken from underneath the animal's body and inside the flattened section in the Garnett case was examined by W. C. Levengood, who found cellular changes in the plants.

Levengood said that as found in crop formations, the evidence suggested exposure to microwave frequencies.  He stated that whatever the energy is it is producing a profound change in the respiration cells of affected plants.

What type of energy would be at crop formations, UFO landing sites, and animal mutilation sites, that changes grass structure in a similar manner?  Can the same energy be linked to all three phenomena?

Note:The Henry county grasses are being tested now and we will post the results here.

Biophysicist Dr. W. C. “Lefty” Leavengood passed away September 28, 3013 at his home in Grass Lake, Michigan with friends nearby. Levengood was a retired member of the Physics Department of the University of Michigan, and a former professor of Biophysics at the Institute of Science and Technology.

Willaim Levengood was the owner of Pinelandia Biophysics Laboratory in Grass Lake Michigan and was well known for his pioneering work in the area of plant biology. Leavengood studied plants found in crop formations, doing biochemical and biophysical analysis of plants and soil anomalies. He printed his findings in the journal Physiologia Plantarum in 1994 and 1999.

In his 1994 paper Levengood found that certain deformities in the grain inside the circles were correlated to the position of the grain inside the circle. Among his findings were that bent plants produced five times the normal amount of seed compared to plants outside a crop circle. He also found that plant stems appeared to be blown out from the inside, indicating that the plant had been exposed to microwave radiation. He found similar traits in crops at cow mutilation and UFO landing sites. Levengood also wrote the paper “A Study of Bovine Excision Sites from 1993 to 1997,” published  through his laboratory.

Leavengood tested and studied individuals who have been in contact with ET's and people like Edd Edwards, finding that he and others like him were able to produce high levels of energy which may facilitate healing and other actions. Levengood discovered glassy particles in the dust of individual's homes who suspected they had ET contact. His paper “Evidence for Charge Density Pulses Associated with Bioelectric Fields in Living Organisms,” (Journal of Subtle Energies and Energy Medicine) covers this subject.

Levengood was commended by researchers in the UFO and Crop Circle community for his serious study of anomalous phenomena. He was one of only a few researchers worldwide with an impressive list of credentials, well-respected in academia, who breached normal protocol to cross the line into uncommon study.

William C. Levengood was a consultant for BLT Research Team, Inc., headed by Nancy Talbott.  BLT Research supplied many of the plants for  study. Their combined paper “Dispersion of energies in worldwide crop formations” and other scientific papers are available at www.bltresearch.com. 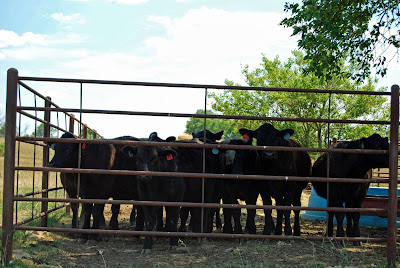 After studying the subject for some time now, I've discovered that there are a number of commonalities among animal mutilation cases that are worth noting and that any serious researcher of the subject should look for.

Animal mutilations came to public light in the 1960's when ranchers began to report to the local police and FBI, and the media picked this up.  This phenomena occurs not only in the United States, but worldwide. Many mutilation files were released by the FBI and are now available to researchers, although these are all older cases, with no new cases released.  One has to wonder why the later cases have not been released yet, unless as some people theorize, there is a cover-up regarding this subject.

The media seemed to grab on to the idea early on that cults were doing the mutilating, although to date there has never been any proof of that.  Additionally, some reporters and websites state that most or all of the cases can be explained by natural predators, which is preposterous given the facts.

Following are some of the common traits that are found at mutilation sites:
1. Little or no bodily fluids on site, on the ground or on or in the animal, even when found soon after the mutilation occurred.  Where has the blood gone?  How were the wounds made without any loss of blood?
2. Precise, surgical cuts, or laser-like cuts found, not torn hide or bite marks from predators. (We only look at fresh cuts, not old ones because as the animal bloats the cuts will stretch and make it look very straight)
3. The head of the animal is found facing east in a large number of cases.  (This is just an observation, no explanation has been found.)
4. Similar organs missing on each of the mutilated animals: usually the udder or parts of the udder, the vaginal area, the tongue, anal area, and cheek which may include the jaw, and sometimes the lips or eyes. No marks are found on the bones, which would normally be found if the cuts had been made by a knife or other instrument.
5. In some cases marks on the legs or body are found as if the animal has been trussed and lifted with a rope or chain.
6.  Extremely fast decomposition of the body, faster than if the animal died from natural causes,or in some cases, slow decomposition.
7.  A "human-like" rather than a "dead animal" death smell has been reported in some instances.
8. Dead blow flies on the animal and on the ground.  What is killing them?
9. Lack of any sign of predators such as coyotes or vultures eating on the dead carcass as would be expected in a death from natural causes. In some cases animals never eat on the carcass, even though it is known that vultures and coyotes are in the area.
10. In some cases a dark black outline is left on the grass surrounding the animal which appears to be a burn mark of some kind.
11. Lab testing shows a change in the soil in some cases- something makes it non-water soluble, meaning that it has been exposed to very high temperatures. Soil testing outside the area shows no change to the soil.
12. In the rare event that an autopsy is performed internal organs or a fetus may be missing.
13. When mutilations occur in one area, they often occur in another, then months may go by with no reports.  Oddly, Chuck Zukowski and I have found that many of these events occur ON THE SAME LATITUDE.
14. Often a circular depression is found on the ground or grass in the immediate vicinity of the animal. Some of the grasses have been lab tested (W.C. Leavengood, biophysicist, did testing and wrote reports on this - he found grasses had been chemically altered -see my next article).
15. Often a depression just under the dead animal, and only in that location, up to 3" deep, indicating that the animal was dropped from above.
16. Broken ribs on the animal on the side facing the ground (usually only visible after decomposition or an autopsy is performed.) Again indicating a drop from above.
17. Rarely are any thrashing marks left on the ground around the animal (I know of only one) indicating that the animals were killed somewhere else and deposited in a different location.
18. Farmers and ranchers who report cases to the local authorities are on rare occasions, harassed and threatened.  This usually occurs in countries outside the U.S.  (I am working on several cases in other countries and will submit articles on these later.)
19. Investigators and ranchers often report low-flying aircraft over the mutilation site such as black helicopters with no markings and military planes.  When this occurs in an area that is not known for such activity such as ranches located near air bases, what is the explanation?
20. Low EMF readings are often detected inside the mutilation area on the ground, but not outside the area.
21. In all cases to date, there are NO TRACKS found from human footprints, ATV's, Trucks, or any type of vehicle near the dead animal.
22. When gates are locked by the rancher, they are not found unlocked and there is no sign of trespass.

The Animal Mutilation Investigation and Research organization requests that researchers and witnesses to the phenomena report cases to this site in an effort to collect as much data as possible in an effort to solve the mystery.

About the author:  Margie Kay is a private investigator and owner of a forensic investigation company in Kansas City, Missouri.  She is the publisher of Un-X News Magazine, Assistant State Director of Missouri MUFON, and Director of Quest Investigation Group. See more at www.unxnews.com or www.margiekay.com.